Thursday February 25th, the acclaimed Michael Blume will headline Mercury lounge.  Doors open at 6pm.  Get your tickets before it sells out.  Blume has quickly established himself as a powerful new voice of progressive R&B in New York City. His debut single “Manufactured Love” repeatedly hit Spotify’s Viral Charts and earned him a New Artist feature on iTunes as well as high praise from prominent music blogs. Blume’s brand of conscious songwriting, soulful vocals, and charismatic performances has lead to sold out shows at many of NYC’s top venues. His music centers on themes of the relationship with the self, critique of money­obsession, and shifting youth identity. Blume is currently writing and recording his first full­length project.

Colors is Blume’s latest single.  I recommend downloading it.  It’ll make your ears grateful they can hear. 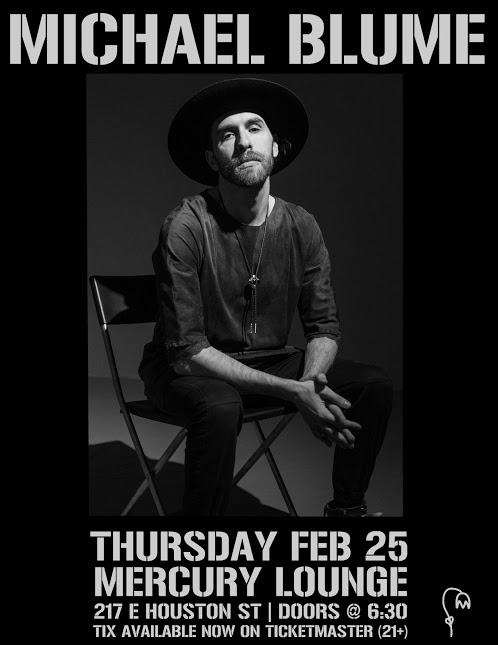