In anticipation of Almanac Mountain’s impending album Cryptoseismology, he’s released a single from the project called Harborside.  Chris Cote is the alias behind Almanac Mountain. As entrancing as this namesake is, it is also an actual mountain peak near Franklin Maine.  From on top the peak, one looks out amongst a plethora of luscious beautiful untapped land.  It’s vast and desolate, yet beautiful and inscrutable. It’s really quite stunning. These adjectives are befitting descriptors for Chris Cote’s pseudonym Almanac Mountain. Harborside is filled with luscious undertones, beautiful melodic runs, and Cote’s voice which leaves the listener wanting more.

Almanac Mountain’s sound evokes the eighties – synth-pop, electro-folk, indie-soul, rock and something quite indescribable.  One can hear influences of other decades as well like the sixties, seventies and nineties. The Beach Boys, David Bowie, New Order, The Flaming Lips, Timbre Timbre, Guster, The Magnetic Fields, Ben Folds, Echo & The Bunnymen, The Cure, and Joy Division are just some of the bands that come to mind when listening to AM.  Cote is  highly influenced by classical composers as well including Franz Schubert.

The desolation heard on Harborside is in line with the story behind the recording of Cryptoseismology.  For fellow north easterner’s,  we all remember not too long ago that winter which never ceased and felt like an eternal bout of stark coldness, snow, ice, and brisk wind.  During this winter, Almanac Moutain recorded his latest project. Stuck inside, due to natural forces at be, a winter so cold, the making of Cryptoseismology came to fruition – Lucky for us.

Something about Cote’s aesthetic reminds me of Twin Peaks.  Yes, such music belongs on a cult classic TV show as this but its something more as well.  I believe it’s a visual component his music conjures.  One can see visions when listening to Harborside.  It feels like one’s roaming through mysterious forests, walking amongst trees in autumn and winter and roaming below the night skies amidst vast untapped lands. The entire album will be out on October 21st.  I highly recommend this as a fall download and cannot wait to hear the entire album.  Listen to Almanac Mountain on his Bandcamp page.  Like his Facebook page, and stay up to date on his Website. Watch videos on his Youtube page. 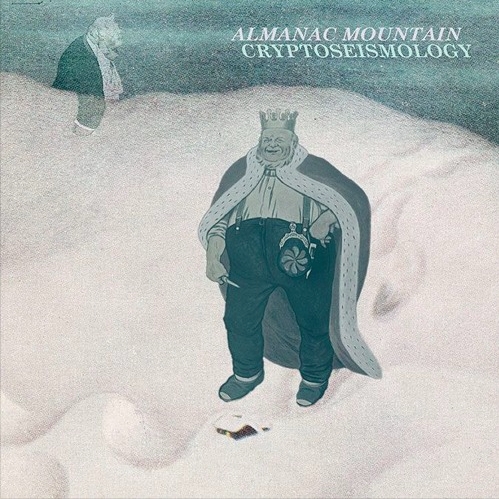