Alnilam is an LA based band in the dream pop genre. With a 90s feel, there are hints of Beulah, Neutral Milk Hotel, and The Cranberries. Sonically, inside their sound lies an inscrutable feeling, one at times eerie, searching, yearning and nostalgic of past and future memories. Lyrically, they speak of love, loss, death, dreaming and much more. Lead singer Elena Pinto has a soft and supple voice – each song a lullaby to the listeners ears. The band will release “Indigo Sky”, their debut album on November 13th.

Their songs tell a story. It’s folklore based on the band’s beliefs and experiences in this present time. On October 1st the band released a music video for their single off the album, “Lilac”. It begins with two children driving a car to the beach. They walk up a steep hill and overlook the ocean. They roam through beautiful fields, walking and running. Birds fly in flocks.  The sun soars in the sky. As the children run they too look as though they’re soaring, among the sky, amidst nature.  Elena sings, “the past is over and it’s gone, the future hasn’t yet begun.” Visually, it feels both like we’re watching a past memory yet also as though a memory is being made between these two children.   It’s a beautiful video, worth a viewing.

It seems, history plays an important role in the life of Elena and the band. This is heard on “Green Mansions”. Elena sings, “what touches me, what can I do, what will I give, what will I leave”, repeatedly.  Legacy comes to mind with such lyrics. As time passes, we all begin to look back at our history, our lives.  The notion of what we’re leaving behind becomes ever so real. There are different ways to leave a legacy behind. It can be through our work, our love for the people in our lives, through our children and family, through our generous and often spontaneous generosity to others.  So these lyrics are quite stirring.

“Alnilam” is the second song on the album. Dreams are another beautiful component to the band’s lyrical and musical landscape. Elena sings, “And I remember you, you were there too.” Recollecting people that have touched us is often something that surfaces in our dreams. People have a way of creeping into our memories and dreams reminding us of certain experiences and feelings that will forever be imprinted on our minds and our souls.

The whole album is quite beautiful, mellow, easy, and well paced out. Beautiful strings, guitar and double vocals give a depth to Alnilam’s sound, one that is ethereal and open. I recommend this as a fall download and listen. Listen to the band on Soundcloud and Bandcamp. Stay up to date on their Facebook and Twitter pages. See pictures of the band on their Instagram. Watch videos on Youtube.  Check out their website for more information. 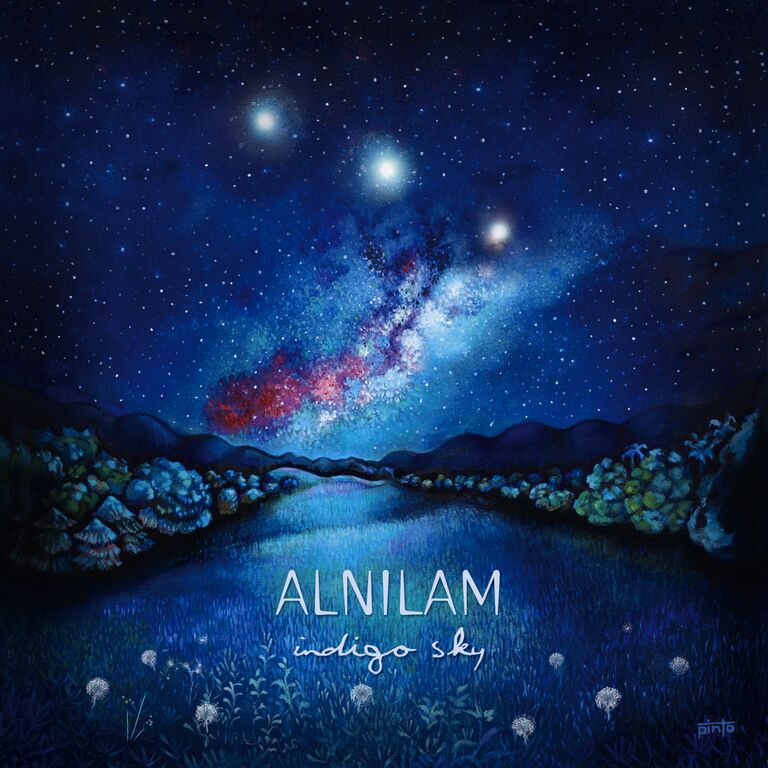 One thought on “Alnilam’s Debut Work”