Winter Calling is a Sarasota and Tampa based hard rock, heavy metal band featuring Chris Hodges on vocals, Ian Medhurst on guitar, Tim Bilbreath on bass, and Wayne Hoefle on drums, piano, and keys. The eleven song album “As Darkness Falls” has some stirring moments. Released in March of this year, Chris sings with gut and passion, purpose and intent. There’s fire amidst each track that propels one song into the next. There’s also great dynamics and musical diversity not always lending itself solely to hard rock. One can hear Dream Theater, Creed, Queensryche, and Circus Maximus.

Chris is at his best in lower octaves, high octaves defeat the effectiveness of the immense lyrics he’s singing. Sometimes his vocals feel contrived but I’ve noticed stylistically, Heavy Metal can often have singers with very nasally voices that sound as if they’re pushing. So though some of his vocal work is stylistic, I still think he sounds the best when he’s just singing without this strange effect.  For example  on “A Moment in The Sun” it has that nasal component which for me makes it less effective. Part theatric, part pop, and part rock it definitely appeals to a certain ear despite it being a bit trite and contrived.

“Self Righteous Parade” is the second song on the album.  It has a triumphant and effective ability to set a mood.  Uplifting amidst the anger and despair, Chris sings powerfully.   It’s perfect for those moments when one needs to vent, let out the sometimes pent up and stifling frustration we feel inwardly.  The mixing and mastering could be better as the levels sound off.  This is the case as well for “A World I Can Feel”.

“The Stand” follows “Self Righteous Parade”. The verse is epic, with double vocals.  In a low screaming voice Chris delivers the lyrics, “Forsaking the truth on you… The truth will not be found.. You let it burn down as long as your hands are clean.”.  The chorus feels like it should be another song. It doesn’t quite fit. There’s so much momentum leading up to the chorus and then the chorus begins and the song starts to feel stifled. The bridge is a lovely shift from the verse and chorus with latin classical guitar adding a new dimension and depth to the song.  At the end of the song, there’s a modulation.  I wish it had stayed where it was.  It’s too much and feels overwhelming to listen to.  Especially because Chris’s strongest point is his lower octaves and this does not showcase that.

There’s a nice guitar solo on “Forever” that displays the band’s versatility. There are great moments on “Find My Way” and “Wasted Years” where the lyrics, melody, and instrumentation are in harmony and compliment each other well.  I could have done without listening to “Everyone Has A Story” it felt like the weakest song on the album.  “108” is a very nice surprise with latin influences and subtleties.  In all, “As Darkness Falls” is a cohesive and clear album with a valuable message and musical aesthetic.

You can say up to date on Winter Calling’s website.  Also their Facebook page is a great way to connect.  Stream the album on their Soundcloud page. 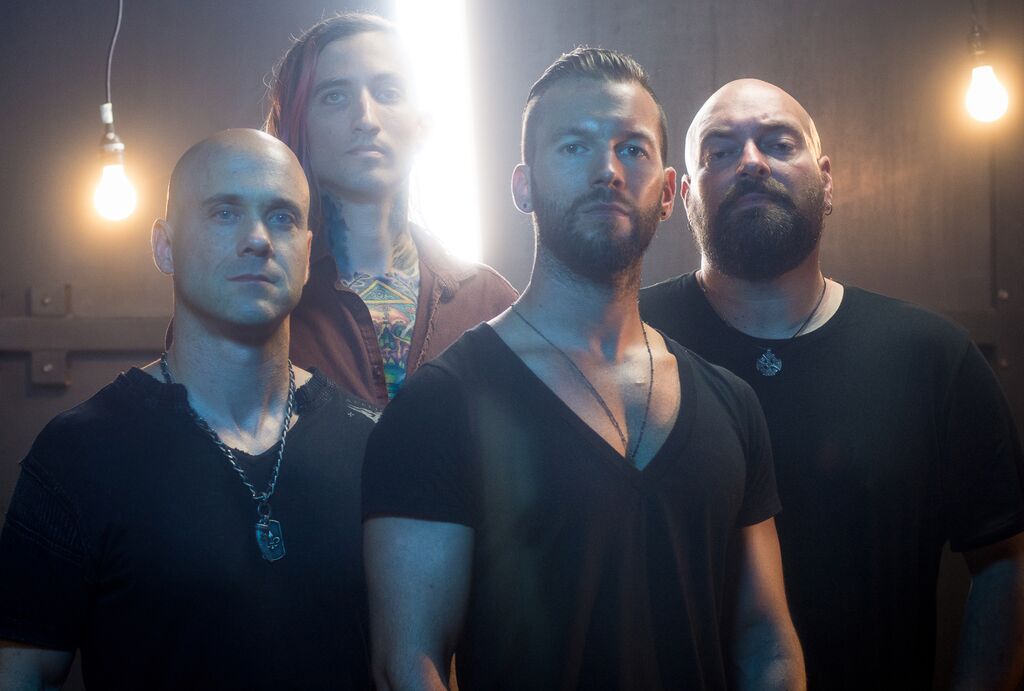 2 thoughts on “A Review: Winter Calling ‘As Darkness Falls’”