December 14, 2018December 14, 2018 • TINTR
Early in November, we wrote a piece on the band The Camino Side Project.  Their latest album of movement & music is a beautiful collection of songs.  Traveling throughout Asia, Europe, and Africa, they recorded this album in several different countries.
Such a journey takes courage, faith and resolve.  When we travel, we are faced with new cultures, new faces, new ideas.  Being open to this beauty has the power to transform our whole perspective on life.  This boldness and fearlessness can be heard seeping through each song on their project.  There’s a sense of introspection and wonder, mystery and epiphanies.
We loved their music so much we decided to interview lead singer Paul Farran.
The interview is below: 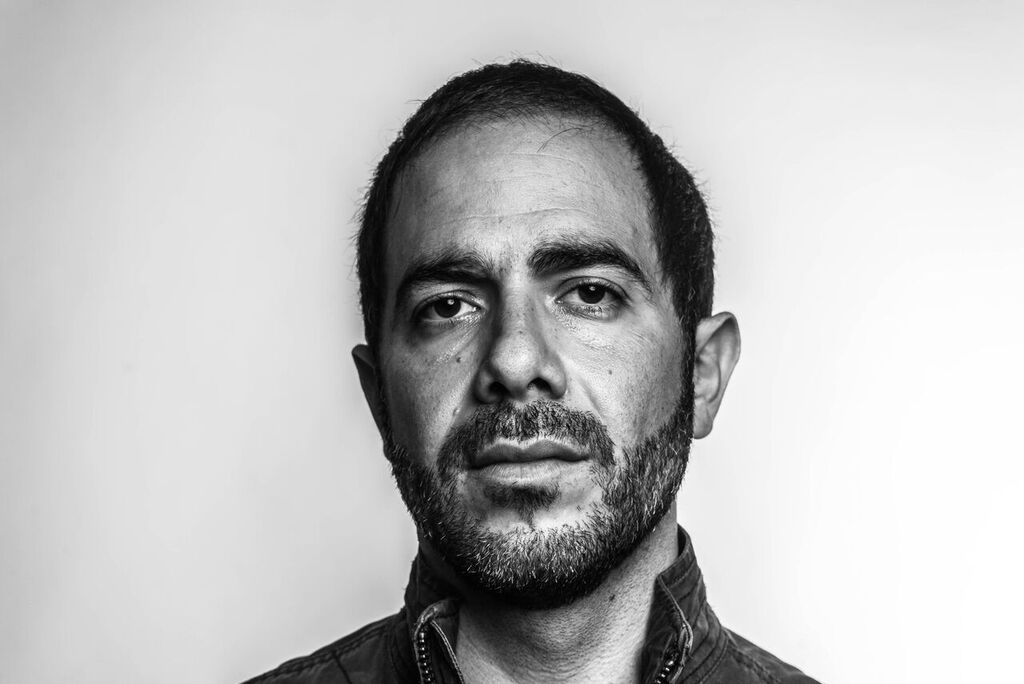 When did you start writing and creating music?

I first picked up a guitar when I was thirteen.   Inspired by Pearl Jam’s Ten, and the feeling that I had just discovered music for myself for the first time.

I had a drive to create music from the moment I picked up a guitar. I was in my first band Plunger when I was sixteen, playing a mix of originals and covers, inspired mainly by Fugazi.

When I was seventeen, I recorded my first original track in the studio with my cousin and best friend Nic Latif (singer). Nic and I were later in a band called Pacer from 1996 to 2005. I co-founded that band with fellow guitarist and other best friend Ceasar Coyne.  In 1998 and 2003, I recorded two hard alt-rock albums with Pacer. The band released a third album after my departure, on which I am not performing but did co-write a number of tracks.

2004 was my last full year with Pacer.  We played over 100 shows in and around Quebec and Ontario to promote our album.

Where do you get your inspiration from?

The songs tell the stories of travels, of inspirations, of introspection. The songs are about questioning ourselves, and aiming hire, or simply about a feel that I had as we travelled. Others are about people we met, and the inspiration we got from them.

Who are your favorite musicians and why?

I admire Fugazi for their amazing ethic and unique style. They opened me up to real issues faced by humanity and people.

I admire Ben Harper for his sheer musical genius and his unmatched passion.

I admire Radiohead for their amazing capacity to continually innovate, set trends and compose amazing music as a band. Radiohead’s depressive style somehow enlightens me.

What do you want your music to say about you and the way you see the world?

The emotional core of my music is really about the attachment to places and people – the genuine experiences in my life that marked me and truly impacted me on my own perspectives and decisions. This is where I find inspiration to write and the courage to perform.

I think my music carries a genuine road-trip feel. If someone is out there, traveling, exploring, making themselves vulnerable to new experiences, they will feel something with this music. The deep baritone voice is what seems to strike most people. I think this music carries that story-telling feel.  My music provides an escape for those looking for it.

What did you learn about yourself as a musician [and human] while traveling and recording throughout the world?

With this project I learned that I had the courage to fully plunge back into music and drive it from beginning to end. I learned that I did still have quite a few skills even after a thirteen year hiatus.

Most importantly, I learned about passion, about the need to do what we MUST do.

This project has completely changed me. I had been out of the music scene since 2005 when I lived in Montreal and played with Pacer.  This half year journey gave me unintended clarity and space to create. When we got to Singapore (our second stop), I bought a travel size guitar…and a few weeks later had composed a few tracks, after which I decided to hit a studio when we got to Thailand.

This music project, and the completion of the album fundamentally altered my priorities and the musts of my life. I am well into the production of my second album and anticipate a release by next summer, with a few pieces already completed and tracking currently underway for the rest. I have learned an incredible amount, from composing, to leading the recording process from beginning to end, to working with amazing people.  An I’ve witnessed just how dramatically different the music scene is today as compared to 2005.

My wife and I packed up our things and sold most of our belongings after six years in Zimbabwe working on international development issues with the United Nations.  I had taken a few months off prior to that to plan the journey and plan our phaseout from Zimbabwe.  I also wanted to hang out with the kids! We flew from Zimbabwe to Dubai to visit friends living there…and then onwards to Bali, where our journey really started.

We felt, at that moment in our lives that we needed to take a step back, detach ourselves from our comfort, throw ourselves into the wild, and seriously bond as a family.

What are your next steps for music moving forward?

I am currently working on my second solo project. It will be about “North America”, and it has more of a rootsy and wistful feel in country and nostalgia. The songs are inspired by my time in NYC in 2017.  It’s also inspired by growing up, living, and traveling in North America.

If you could play with anyone, who would it be?

I would love to play around a campfire with Eddie Vedder.

I would love to jam & compose with Ben Harper on some blues rock stuff.

I would love to play live with Fugazi!

Did your time at the UN develop your artistry in some way?

To be honest, not really.  But it has given me the opportunity to live abroad and experience cultures deeply. That in itself has injected me with a continuous need to travel, belong and connect.

Connecting is really at the root of it all.  There are few better feelings than connecting with a perfect stranger, than having a genuine conversation with someone I just met. It is during those moments that I feel like I truly belong to the world, to humanity.

As someone who has travelled the world, do you find that humans are more similar than different or vice versa, regardless of culture, religion, environment?

Humans are all fundamentally nice. Ever notice how people often introduce others by saying how nice they are? I think everyone is nice if you just scratch a little. If one exposes their vulnerabilities in a genuine way, others will usually open up, and inherently see that as a sign of strength.

People are usually curious…and we tend to see the curiousness of others as curious, whereas our own curiousness is normal.

Do you think traveling is something all musicians should do – do you think it shapes the way artists write, tell stories, see the world?

No…It is something I need to do. My soul pushes me to do it. But it is by no means something that all musicians should do. Traveling is a concept and can be experienced in different ways. Both within ourselves as well as physically and with others.

I think all artists have their own unique way to become inspired. Travel for me happens to provide that spark.