Ben Lorentzen’s “America” sets a tangible mood. It was released May 31st of this year. A descriptive story teller, he speaks a narrative of his America. It is at once dark and brooding, sad and desolate. His musical aesthetic is fluidly dragged along through the lyrics and understated drums, melodies, harmonies, and overall production. Falling within americana and folk it too holds latin undertones. Hints of Journey, Don Henley, Tom Waits, Bob Dylan, Bon Jovi, Tom Petty, and the Red Hot Chili Peppers are mixed amidst Lorentzen’s minimalist sound. His songwriting capabilities are expansive. “America” consists of eleven songs focused on Ben’s lyrical expression. Sparse drums, banjoes, and other instrumentations are subtly played underneath his resounding voice and guitar. But these are secondary.

“America” is the music of midnight for the lonely wanderers. It speaks of Ben’s journey, his love, and self exploration. It’s a vast and lonely album sung by what seems to be a man familiar with aloneness and the heart’s inscrutable yearning. His music is reminiscent of the true and utter expense of loving someone – the deepest abyss. Whether reciprocated or not, love requires us to switch and turn, give and take, gain and lose. It connects us to the world and gives new meaning to the lives we lead. And no matter what, it’s always at a cost. We’re never the same. This is lucid within his music.

Lorentzen is not a vocalist but he is a singer. There’s a difference, a notable one. Bob Dylan, Townes Van Zandt, and Tom Waits are examples of singers which take their unique voice and style then deliver their lyrics and message skillfully in a way only they can. There’s little flash. Instead he sings softly in low vocal octaves. His delivery is nice and for the most part I appreciate his style. Most importantly his songwriting speaks louder than his simple vocal abilities.

Ben’s song “Bring All the Angels” explores this notion of love. He masterfully connects melody with lyric. There are some things which can only be sung like Bonnie Rait’s, “I cant make you love me”. The song says it all. The one part which doesn’t resonate as strongly is the bridge. The entire song is beautiful and immense, but the bridge feels out of place.

“Masters of War” is one of my favorite Bob Dylan songs. Competing with Dylan is a hard feat yet Ben is authentic and sincere in his delivery. It’s the only way to attempt covering Dylan. I believed Ben. The banjo and guitar with sparse drums create the americana sound Ben’s music permeates.

“Down is the only way out” is heart wrenching. At times cliche but still sincere, the listener can hear the heartache in this beautiful song. Another gorgeous song is “Jesus John and I”. It surprised me. Undertones of the Red Hot Chili Peppers and Tom Petty, it has the makings of a song full of spirit. Just as in church there is a choir singing in the background on the chorus and it’s gorgeous. He sings lyrics like, “I always thought you’d be taller and tell me, did you really wash all those feet.”

There’s not a bad song on the album. My favorites are “Bring All The Angels”, “Jesus, John and I”, “Masters of War”, and “Down is the only way out”. But unlike many albums I hear today, there’s not one song out of place, not one sing that is merely a filler. I know what it takes for an artist to be authentic, to search for their voice, to take their unique and beautiful, horrific, and trying experiences and make them into their musical truths. Many try, few truly succeed. I find Ben to be sincere, the most important quality I connect to in art. He speaks from his truth. This is most commendable. It’s more important than originality, than talent. It is what makes the difference between the farce and the thruth. Bravo, Ben. You are an authentic artist. I commend you.

You can listen to Ben’s “America” here. You can also say up to date on his website. Here are links to his Facebook & Twitter pages. And his video for “Ugliest girl in the world can be viewed on Youtube. 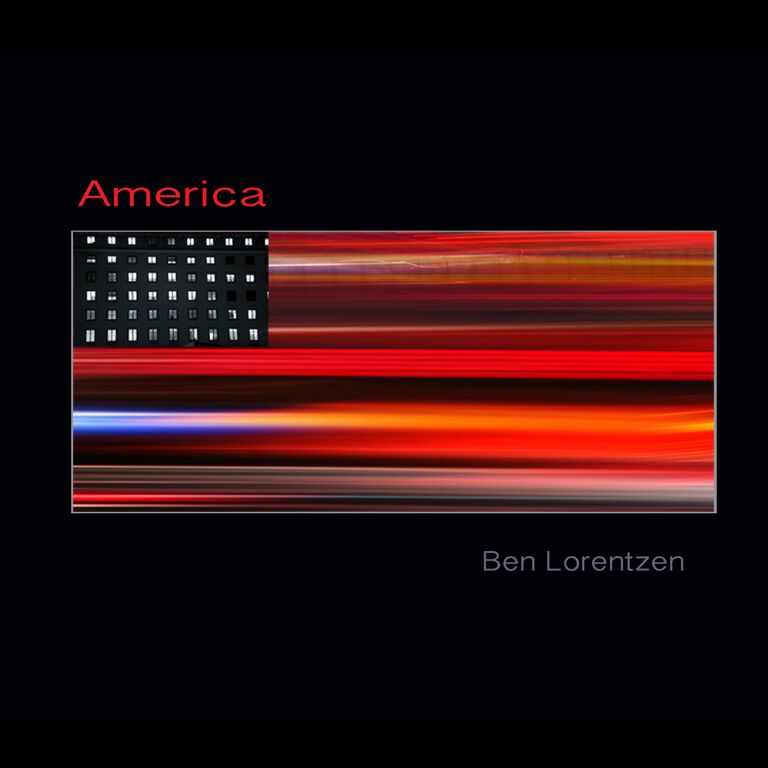